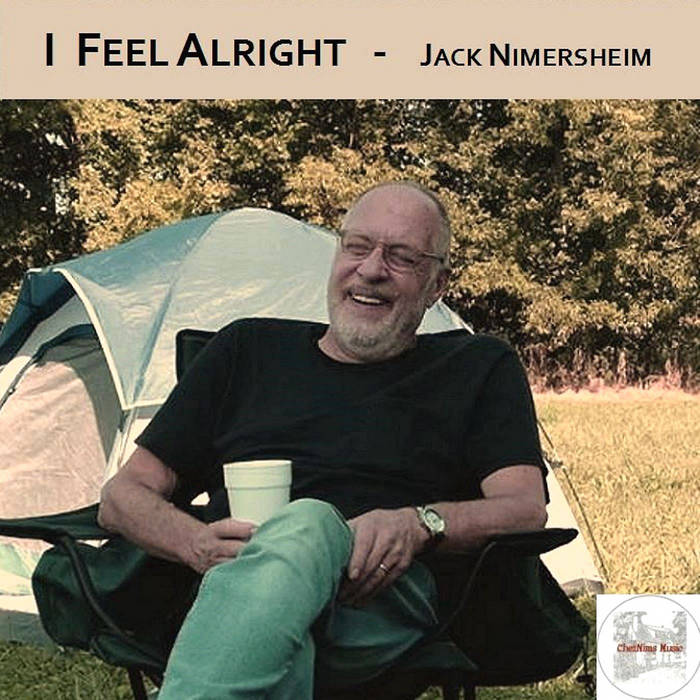 See that happy fellow on the album cover? That's me. The picture's real, not posed...a candid moment of laughter, captured in a digital photograph I didn't realize a friend was taking, at the time. I had no idea it even existed, until said friend posted it on (of course) Facebook.

To be honest, I don't usually like pictures of myself. This one, however, is kind'a nice. It pretty much reflects who I try to be: a fairly average guy who truly loves life...and enjoys being with others who feel the same.

What's not to love? Paraphrasing what Roberto Clemente once said about baseball, Life's been very good to me.

I spent ten years of my younger life playing music professionally. Then, after a brief, aborted foray into "Corporate America," I managed to make a decent living for the rest of my working days as a freelance writer. When I turned the page on that chapter of my professional life, I returned to my first love, music.

Modern technology made it practical for me to cobble together a basement studio, here at Chez Nims. That studio, in turn, made it possible to write and record new music, thirty years after I'd last set foot in a professional recording studio.

Others helped, to be sure, adding their own prodigious musical talents to my creative efforts. Their names and contributions are listed, below. Allow me to express my gratitude to them, publicly, here. Thanks, all. You made me sound better than I deserve.